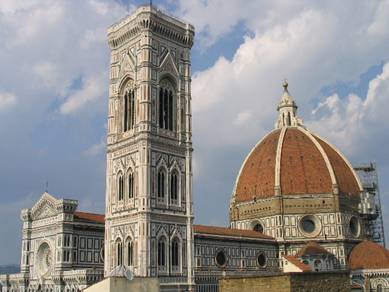 The bellicorum instrumentorum liber derives from a time directly preceding the Italian renaissance (early 15th century), and was produced a generation before the arrival of Leonardo da Vinci, who is perhaps better known for illustrating the same subject matter. While obscure in history the bellicorum instrumentorum liber is nevertheless an important archival document: depicting the technological advances and cultural imaginings of a society shifting toward science, artisanship and individualism. Furthermore, the manuscript serves as the first (recorded) instance of an attempt at creating a technical manual of sorts.

This sort of manual, and those to follow, concerned the imitation and emulation of Greek and Arabic mechanical sciences, which by this time were being slowly absorbed into the intellectual elite of Europe following the plunders of the crusades. The authors of similar documents looked to the extant examples of the ancient past and hoped to recreate them. Herein we glimpse at practical illustrations of war machines and other devices, as well as fantastical illustrations of theoretical or even magical creations. And as astrology and magic had seen a revival in Europe during the dark ages, the craftsmen and newly identified artisans who produced these manuscripts often styled themselves as not only skilled at mechanics and chemistry, but also skilled in controlling looming and endemic supernatural stuff. The early 15th century then, at least in Italy, serves as the bridge between superstition of a past age and the sober reason to follow.

So it is with the bellicorum instrumentorum liber, the precedent example for the other technological manuals to follow. Most of the manual concerns siege devices, with a noted trend toward breaking through castle defenses. Practical, yes, but other leaves contain illustrations of magical lanterns, rocket-powered sleds and demons with mechanical wings. While the castle was becoming quickly obsolete by the trebuchets and infant technology of gunpowder during this period, the fantastical was still paradoxically being championed. The craftsman claimed magical powers and with them came celebrity and wealth. As we will see, this was the case with the author. Giovanni da Fontana (c.1395-1455) was trained in medicine and arts at the university of Padua, from where he enlisted in the Venetian army and was stationed at Brescia. We can deduce from how he was referred to in university records that he descended from a respected and possibly wealthy family: he was called “Master John, son of Michael de la Fontana.” After his time in the military he settled as municipal physician at Udine. He styled himself as a magician, and with the wealth afforded to him by family and profession, took up an interest in studying the esoteric and ancient. Little else is known of the man, and only one definitive biography has been published in order to detail his deeds. Marshall Clagett (1976) reconstructed what we know of him today mainly from a few scattered letters of enthusiastic supporters. From these letters one can understand Giovanni da Fontana as a showman and socialite, who more likely than not created the liber for dissemination amongst the Venetian elite of the day in order to attract patronage and esteem in order to fund his crafts.

Here we observe the emergence of another Renaissance feature: celebrity. During the period craftsmen and artists were no longer considered to be mere technical workers who anonymously produced for patrons, but instead came to be known for their mastery and prestige; Giovanni was one of the first to style himself and be respected in such a manner.

The manuscript was produced sometime in the early 15th century, most likely c. 1420.

Little is known of the ownership history of the manuscript before it arrived at the University of Munich’s collection in 1618. An examination of the work reveals signs of it having been rebound and reinforced into book form by the university staff, presumably to follow modern standards of sorting. The book’s cover contains the coat of arms of the Duchy of Bavaria, indicating royal purchase of the manuscript.

The original binding is unknown. The manuscript is currently bound with cotton twine, c. 1618. The binding is intact and structurally sound.

70 folio pages, containing approximately 140 illustrations. Leaf material is vellum, and has fared remarkably well throughout the 600 years since its creation, only showing slight signs of browning and wrinkling. No pages are unintelligible or suffer from damage of any sort.

The boards are covered in red velvet, which has fared less well than the interior contents, showing significant signs of disintegration and wear and tear. Patches of the cover material are missing, revealing the bare boards underneath. This condition only superficially threatens the manuscript itself, as the boards and structure are still physically sound and show negligible signs of degradation.

The manuscript is a codex, but does not follow the traditional monastic standards of collation or formatting, resembling a sketchbook with annotation. Each leaf contains a illustration, often accompanied by a few lines to a few paragraphs of text. There appears to be no standard ruling for formatting the leaves as far as placement is concerned, although stylistic conventions are apparent (covered in the script section). The text is in Latin and a Latinate cipher, and thus is read from left to right. Noticeably large paragraph breaks and margins are present. These margins and breaks apparently do not apply to the illustrations, several of which fill the entire surface of the leaf to the edge.

Prominent pigment is black, although sporadic rubrications present themselves in red. The quality of the ink itself leaves something to be desired, as several of the illustrations have lightened to such a degree that they appear to have been produced with pencil. This fact may also speak to the crudeness of the illustrations and the carelessness of the creator. The inks used to produce the manuscript have never been tested, but can be assumed to have a low metal content due to the lightening effect.

Throughout the manuscript a dull red color also colors several of the illustrations – whether this is paint or ink is difficult to discern, but judging from the intensity of the color we might suspect it to be ink deriving from a similar source as that which constitutes the main text.

Most paragraphs are crudely rubricated with a red marker, of varying size and clarity. Several paragraphs are inconsistently devoid of rubrication, while some pages contain only a few lines of red rubrication in cipher script.

No historiated initials are present.

The manuscript is fully illustrated with large illustrations and diagrams of various machines, supernatural creatures, devices and automata.

The University of Munich also introduced decorations when it reproduced the manuscript c. 1618. The boards are covered in red velvet, and the cover sports a bold and colorful rendition of the coat of arms of the Duchy of Bavaria. Several prints glorifying the Duchy were also inserted in the fore-pages. The text is composed in two forms of script: Medieval Latin miniscule and Latinate substitution cipher. Each page contains an illustration, often accompanied by several lines or paragraphs of text. The first line of these paragraphs is often in Latin, and are followed by the cipher script. It is unlikely that the text was encoded for reasons of security (as there is evidence that this manuscript was passed around to admirers), but rather as a basic means of copyrighting. Secondarily, encoded text leant additional believability to the author’s claims of esoteric knowledge and magus persona. Latin is used in this sense as a form of heading, and the cipher script the greater share of the content, wherein the workings of the machines are described.

While the handwriting is bold and elegant, it is also apparent that the creator did not take any effort to style his lines. Indeed, many of the paragraphs contained within the manuscript are uneven, skewed or crooked, with inconsistent space between words, lines and paragraphs.

There is no formal utterance of explicit, the last leaf contains an illustration of a demon with mechanical wings emerging from a magical lantern and terminates at the bottom with no significance.

No apparent subscriptio or colohpon is present, nor signs of a publisher.

While there is no formal margins for where comments are written, although there are several scribblings in cipher or Latin throughout the manuscript, out of place from the paragraphs.