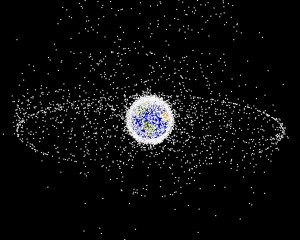 I recently saw Gravity, a much acclaimed film which I cannot recommend highly enough. As a curmudgeon who can barely tolerate most movies nowadays, I found it to be a powerful film which explores the human drive for survival, compassion, the need for science education and heroics. Visually speaking Gravity is mind blowing in IMAX 3D. While most filmsÂ  gratuitously abuse both of these latter effects to the tune of omnipresent dubstep, Gravity is a showcase of full immersion cinema done properly and without pretentious mock. This being said, while you should watch Gravity, today I am exploring the realism and feasibility of the film plot. Much to my satisfaction the film presents a terrifying dose of reality: the scenario which develops in the film is not just something which may happen, but WILL happen the next time we go to war with a country which has access to current generation weapon systems.

The plot of Gravity is fairly straight forward and I can describe it without spoiling, as it develops within minutes of the opening. The cast is aboard a space shuttle and are servicing the Hubble. Three of the cast are EVA (“space walking”), while the rest are on board the shuttle. Mission control reports that a missile has struck a satellite in orbit, but not to worry – this is not an act of war. Minutes later, we are told that the fragments from the destroyed satellite have collided with other satellites, creating a snowball effect in which a vast field of accumulating debris is destroying everything in orbit. The drama/rising action of the plot involves impacts by this field of debris and escape attempts.

Simply put, this is not science fiction. It’s already slowly happening. It threatens to make space flight and the operation of satellites extremely expensive or impossible. And it’s happening from benign causes. Old, defunct satellites degrade in orbit and collide into other satellites. Little bits of stage material from space operations of miniscule massÂ  remain in orbit and hit into other bits, accelerating to speeds which can cause devastating damage. Impact from a microscopic particle of paint can destroy a window on a spacecraft, as almost happened with Endeavor in 1994 during STS-59. 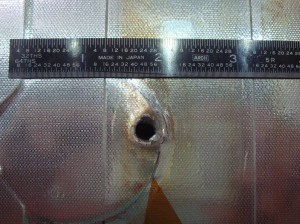 The number of these impacts is rapidly increasing overtime and we will very likely see in our lifetime the development of so-called “Kessler Syndrome,” a point of criticality in which a chain reaction of space debris impacts cascades, rendering space operations extremely expensive or even impossible. Tracking and intercepting (“cleaning”) these smaller debris is essentially impossible and coordinated efforts to intercede on larger pieces of debris such as dead satellites and boosters is still in the theoretical phase (I have the good fortune of being friends with a physicist whose dissertation was to address this challenge) and not a priority of national space organizations. We are at least ten years away from beginning to intercept space debris, and that’s IF there is funding allocated for it. The lead up to this point of critcality is purely incidental and unintentional.

Back to Gravity. A missile is used by the Russians to destroy a satellite – it’s implied that it’s a botched cleanup operation and not an act of war. The rest of the film’s plot is hyper realistic and follows an attention to scientific detail not unlike theÂ CuarÃ³n’s prior masterpiece Children of Men.Â  My only quibble about the film’s overall realism is the fact that Sandra Bullock’s character keeps taking her fuckin’ helmet off between and during moments of crisis – but I can understand that from a director’s perspective; you don’t get no tears if you can’t make out the face!

Now let’s get to the interesting/scary stuff. The fact is that what happens in Gravity is exactly what would happen multiplied by an order of magnitude if two modern countries ever warred against each other. Take a theoretical combat between the United States and Russia. Replace Russia with India, Pakistan, China or any country supplied by Russian equipment. The Russians have been developing and prioritizing satellite killer missiles for the past twenty years. This arsenal is not limited to ballistic missiles which must be fired from sites that we can prioritize to be destroyed in the beginning of a conflict, or otherwise could deny from being employed. 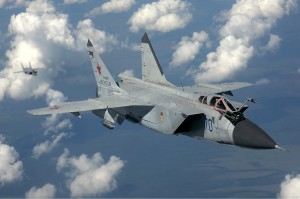 Rather the Russians have developed air-launched missiles for their jet interceptor fleet (to say nothing of the numerous ground launched platforms). That means that if a single capable Russian (or Russian supplied) jet got airborne with these weapons and successfully employed them, we would see the creation of an absolutely massive debris field in orbit within 24 hours. Tactically speaking, there would be no feasible way for any country to stop another country from accomplishing this act unless they had interception systems of a sophistication which do not currently exist. Simply put: it’s a simple matter to destroy everything we have in orbit, and any country with a current generation weapon list could execute the deed at will. Herein is the logical opening act of a belligerent against the United States as the country is extremely dependent on GPS, the GCCS (Global Command and Control System) and other sophisticated command and control systems. The loss of these systems would likely cripple the operational and battle tracking ability of that country – but that’s a topic reserved for another post. 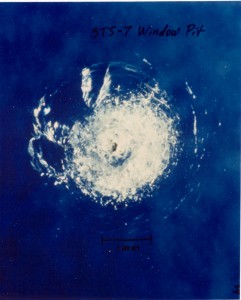 Not gonna buff that out. Paint is dangerous. 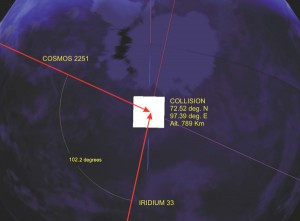 To me this is why Gravity is so compelling. And terrifying. I can imagine a world in which we are stuck to this rock and unable to get off of it and seize our destiny: Star Trek. In this contemporary political climate of suspicion and scarcity toward aerospace research and operations, such a catastrophe, even deriving from benign, incidental origin might be considered a problem too complex or big to fix. This is particularly true considering the gridlock, endemic corruption, partisan bickering and infantile theater of the American electorate. Much like Children of Men, which drew attention to the absurdity of the War on Terror and the obliteration of citizen’s rights, hopefully Gravity will draw some attention to the very real scenario it paints so horrifically. Whether by war or by neglect, danger looms.