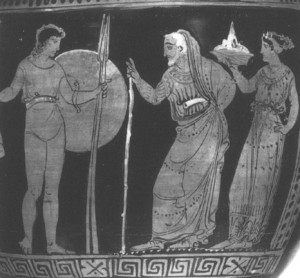 I recently came across the short documentary “Shy Boys: IRL” which chronicles the lifestyle of self-professed “love shy” and “incel” (involuntarily celibate) men. Love-shy.com defines these conditions as:

An extreme difficulty obtaining romantic partners, to the point of not being able to obtain any at all

Extreme anxiety, awkwardness, and difficulty relating to romantic courtship situations, like asking someone out

Lack of friends, or a small number of close friends, and a difficulty in forming friendships with people

A lack of interest in forming friendships, and social interactions, with the only real desire being that of obtaining a partner

A feeling of being “left out” and alienated from society, and people in general

The film is a must see and is really an excellent portrait of the fundamental failures of western and particularly American society. Within we observe a group of men who are unable to function in the social space and are thus handicap in the other domains of human behavior. The film depicts the essential aftermath of a generation of men raised without fathers and socialized in a culture which shuns virtue, strength and honor, all the while preaching a new enlightenment based around effeminate norms. A question which persistently preoccupied my thoughts while watching this film was: how could such dysfunctional individuals exist? In other words: what forces contributed to the product of these men?

Like many men in my generation I grew up without a father. Observing my male peers I observed three common outcomes to men raised in a fatherless household:

For me I learned manliness in an alternative and obscure way. I was innately inspired by reading the classics and the unstated credos and explicit virtues of the epic hero, the trials and tribulations of mythology,Â  and the physical strength and health-giving examples of honorable martial artists, morally straight hardcore punk frontmen (like Ian MacKaye and Henry Rollins) and warriors. I would often stay up late into the night reading The Dark Knight Returns and marveling at the idea of a fearless resistance to the cankerous social disintegration I observed around me, the idea of a man as a bulwark against corruption and crime and of a deathless observance to duty. It energized me, and built a fire in my belly, and when I’m often confronted by trials of my own, I look back and think of what my myriad of surrogate fathers would do; I think on what would be the most noble and manly course of action. Like Machiavelli (from the postscript of the Prince):

When evening comes I return to the house and go into my study. Before I enter I take off my rough mud-stained country dress. I put on my royal and curial robes and thus fittingly attired I enter into the assembly of men of old times. Welcomed by them I feed upon that food which is my true nourishment, and which has made me what I am. I dare to talk with them, and ask them the reason for their actions. Of their kindness they answer me. I no longer fear poverty or death.

Yet I digress. I write today to diagnose and to discuss why men either become weaklings or petty criminals as a route to maturation in American society. Whether or not these “love shy” and “incel” men are having sex or taking mates is irrelevant to me. Rather I feel contempt for their position mainly because they want nothing more than the former and are unable or unwilling to grasp it. Such men are functionally oblivious to what it means to be a good man; they are powerless to the world around them and lack the self-awareness and discipline required to correct their faults. These are post-men – embodying the weaknesses of the female sex and none of the virtues.

To begin this analysis we must consider the past. Traditionally the upbringing of a boy was a matter of ritual and tradition, strictly regimented and influenced strongly by the prevailing mystical practice of the greater culture. A boy was deliberately transformed from a juvenile to an adult through a crucible of training, challenge, education, modeling and worship. The whole of the society was oriented toward this task, and boys often were taken from women by groups of men for a determined period until they had proven they could exert power, communicate, use their bodies properly and respect and revere the good. A boy went off to train with elders and returned a man. His life had a determined passage, and it was not up to him to decide his wayward path, that would come later once he had achieved manhood and the fundamental virtues. We see this system throughout history, from continent to continent, until the advent of globalization, the destruction of tradition, mythology and spirit and the installation of a cult of hedonism, material and consumption by the purveyors of capital. The latter system engorges those who manage it and depletes those who are shackled to it. The enslaved come to love such manacles as if they were freedom bearing winds from a purer region.

What does the fatherless boy have today? What structure guides his life? What virtues does he worship? How are his actions determined and judged? What is the essential character of a man? Our society offers only provincial answers to these vital life questions and even then only with half-cocked inadequacy. For many boys there is no guidance, institution or group of elders which instructs these life forming questions in their best interest and instead they stumble and wreck their way through life trying to find the meaning in a world which is seemingly nihilistic, often finding the bottom of a bottle. I contend that a boy should have a clearly schemed training plan to have these questions be answered and instilled in him by the time he matures. One can find these answers and even loftier nobility through a self-directed course but only a select breed can navigate such shallow waters. For the boy at large:Â  gullible, scared and rudderless – intervening, deliberate forces must aid turning clay to iron and weakness to strength.

And this leads to the third group I mentioned before, those “normalized by intense involvement in religious, social, martial arts, and community organizations.” I refer to youth organizations here such as the 4-H club and scouts, although there are some wholesome options in the church. This is arguably the last remnant of traditional socialization; the only way in which a youth can be immersed in a wholesome training environment in a systematic way. Yet these organizations are hamstrung by the toxic environment of pop culture, an increasing impetus for “safety”, exclusivity, disparate quality and rarity. Further, for a child to really benefit from inclusion to a youth organization, they must persevere in it, be pressured to adopt it as a lifestyle and to form relationships with members.

Where do I see real flourishing? In something as encompassing and spiritually powerful as a life in the church, yet tempered with the cosmopolitanism, service orientation and physical intensity of something like scouting. In a social fabric where expectations are held and demanded of each social station, where duties are delineated and responsibilities paid. In an environment which praises goodness, is shamed by vice and swells with pride for the heroic youth. I am always in good company when I meet career martial artists who have been put through trials of combat. Their character was influenced and forged by a lineage of concerned coaches, teachers and guest instructors. They learned deadly force, but then how to restrain themselves from using it, and by mastering their bodies they developed a zen, iron mind. This is one remaining way to manliness, if such an instruction derives of love for a son and not love of money. If of love the product is a boy turned man and who is not a mere brute who knows the way of combat. Rather he is a well versed judge of right and wrong wielding the power to control his destiny – dutiful, courteous, humble and strong, a defender of the innocent and a deathless servant to the needy.

Most young boys have no such institutions of discipline. They are not forced out of their comfort zone and forced to exert themselves to develop virtue. It’s painful and should be. Just like lifting iron. It hurts when you start. It’s tough to set a personal record. You do it because it will make you something useful. Not because it’s easy. Put your young on a trial, force them into danger, and they will come out better for it, they will come out as what they were born to be. The journey of Telemachus was not to find his father, but to find himself.

7 replies on “The Trials of Telemachus”

This reminds me of Ways of Men by Jack Donovan. I don’t know if some of the writing above was inspired by it, but is it a great book about masculinity and the challenges that males who are and aren’t “love-shy” and effeminate face in today’s politically correct, civilized modern world. Many other men, including myself highly recommend it to other men. It answers the question of what masculinity is and what really makes a male a man in a non-political, non-biased matter.

Hi Stephen. I have not read Ways of Men – and in fact am not even familiar with Jack. Thanks for the recommendation! What position are you in to train others how to be masculine? A personal trainer of some sort?

As soon as I posted my comment, I realized that I called the book by the wrong name. It’s actually “The Way of Men” lol. And I’m in no way a personal trainer. Hell, I’m young and still learning. The only time I’d actually teach/push that to is when I’d have a son or other males who seem to be struggling and need a little guidance. I grew up more than half of my life without a father, but I have learned a few things along the way from great real-life role models. Jack has also wrote some eye-opening information, and could also be a guide in a certain way. Just someone to get me thinking. Great post by the way- thanks for sharing your thoughts!

Stephen: Yep I still was able to find it after you posted. Thanks for the heads up, i’ll be picking it up. Can never turn down a recommendation. Stay frosty.

I think that we develop a number of intelligencies as we mature. Emotional intelligence, if not fully developed, can really hurt one’s integration in relationships with both sexes, especially with the opposite sex.

I’m glad to see that you are still contributing via posts to your blog, Mr. Krause. Please keep up the good work, sir.

I’ve been having some anger issues due to pain and irresponsible drivers that have resulted in emotional outbursts. I will be revisiting Seneca and others on anger in order to quell these knee -jerk reactions to reckless drivers.

Be safe, Chris (and please contribute to your blog more often) .