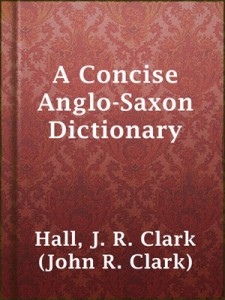 I used this, for some reason.

For those unfamiliar I have a long history with pen and paper games. I consider it an art form which can be used to realize the scholarship of etymology, mythology, classics and storytelling in an interactive, social and fulfilling way. These things appeal to me at a visceral level. This sort of gaming is a fond remembrance of my childhood, into my young adult years, and something that feels woefully absent from my life. Hanging out with a bunch of friends and weavingÂ  a tale is an ancient practice , but one which has no substitute as far as I’m concerned. It follows then that when I returned for a short vacation to my ancestral New York, where my old gaming friends reside, that I would try to put together a game for old time’s sake.

Notes for the game can be downloaded from the bottom.

This post turned out to be way, way longer than what I had planned in my head. I haven’t written here in awhile and got a bit carried away. Back to the action:

It turns out that my friends Ryan and Dylan already had a 3.5 edition D&D game going in the city (NYC). It included their significant others (a wife and a girlfriend) and two Dans, one of which I knew from high school but never gamed with. Everyone besides Ryan and Dyl were complete noobies, having recently finished their first adventure, the Sunless Citadel. The latter is a mainstay in the D&D world,Â  and is considered a more or less ubiquitous introduction to D&D. It’s a premade “dungeon crawl”, an adventure essentially involving a modicum of story and a lot of combat, made to be easily executed and digested.

Not my cup of tea. Not one bit. I like deep mythological concepts, roleplaying, creative play and epic narrative. When I used to design games I would spend agonizing hours obsessing over the literary origins of names and coming up with unique storylines inspired by our collective mythological past. While it’s an established law of the trade that for every two hours of planning you will have one hour of play I would often use a majority of my time thinking of the extra details in order to establish verisimilitude. Sometimes this can get you in trouble and you can exceed your time budget – but that’s OK if your players have a potent experience after all.

For the Citadel Ryan was DMing. Afterwards he wanted to switch roles with Dylan, who would DM the next “linked” adventure in series – the Forge of Fury. The Forge is a simple dungeon crawl involving looting a fallen Dwarvish city (Khundrukar) which is occupied by Orcs and some other baddies. The purpose of the adventure? The preceding text to the main body of the text suggests that the players could be convinced to go there to get special weapons forged by the long dead Dwarf smith Durgeddin.

So we have a situation in which the players are going from one premade adventure to another. The game I would run was intended to bridge these two adventures in a logical way. Along the way I also took a featureless world and created a basic cosmology, regional history/map and ancient mythology to form as the basis of a more fleshed out and real campaign setting. I also intended to introduce Ryan’s new character and to give Dylan’s character a meaningful sendoff as he would no longer be playing but would now be acting as the next DM. Lastly I wanted to introduce to the new players a different type of gameplay than hack and slash dungeon crawling, insomuch as interaction with ancient history and roleplaying can be just as engaging as waiting for a subsequent turn to inflict damage on a foe.

What follows is a combination of the story behind the game and what unfolded during it.

Before the game starts…

This is revealed to Ryan, playing Fafnir, in a pregame writeup and briefing, who then reveals these details gradually/logically to the party 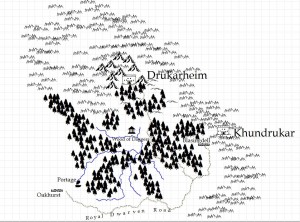 The region map – I used Autorealm (an old program) to do it. 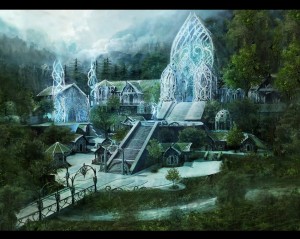 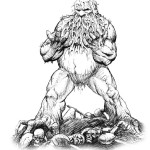 Kalima, based upon the Hindu goddess Lakshmi. Note that “Kalima” is the literal name of “Mother Kali” 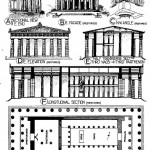 Ashoka, based on the historical Kali. Ashoka is the name of a Mauryan emperor who was known for his justice and virtue. 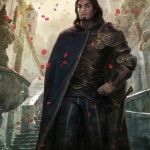 Aurvandil, the Elf King. Named as being the bringer a light, an allusion to his side of Forest Heart being in light. 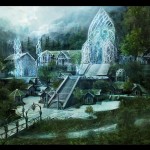 The game lasted for about 9 hours and was arguably one of my finest pieces of work. Afterwards I recommended that Dylan connect his adventure to my own by simply having the party take one of the Dwarvish royal roads in the forest to Khundrukar and then unfolding the natural outcome of the story arc. Now the players have a much richer world to explore, contemplate and interact with. At least I hope so.

Notes for the game: