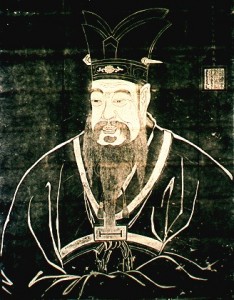 A conversation between Thom and I on Google – thought it may be interesting to some. Previously wrote on these topics here.

Chris: Iâ€™m butt hurt about Sam Harris because he tricked a huge audience into doing Buddhist meditation and never identified it while talking about how useful it is.

Thomas: Didn’t he make a joke about it during the speech?

Thomas: About how that’s what he was doing?

Chris: No he never IDed it, probably so people would do it. I donâ€™t like atheists who reject everything to do with religion.

Thomas: I thought he was like “this is the only way I can get a room-full of atheists do to mindfulness meditation” or something? As a joke.

Chris: If I could flip a switch and replace all atheists with Buddhists I would – almost certain he never IDed it, he made a few jokes about how meditation could be bullshit.

Thomas: Yeah Harris is fucking insane after reading his lying book and hearing him talk about LSD all the time and shit. Heâ€™s probably gonna kill himself.

Chris: Why do you say that?

Chris: My main article of butt hurt is that he has no plan to replace religion and attacks it constantly. He and Dawkins have the same problem.

Thomas: We should have polytheism but as a knowledge that it’s not literal so we could still have holidays and festivals – that would be so sick.

Chris: Some people need to be told how to behave, because: they lack the interest or more importantly and more immutably, the ABILITY, to create their own moral code/social concept. It also begs the question: is it healthy to have such a society which lacks an awareness of the sacred or ritual? Even so if everyone did have the ability and desire?

Dawkins/Harris assumes everyone is like them and has the ability and interest in making a sophisticated inquiry into morality and ethics to create a working culture. Itâ€™s absurd.

Chris: There are millions of stupid people who need to be told how to behave, just statistically speaking.

Thomas: Harris at least does have a model of society, but it’s inaccessible to the vast majority of people in my opinion.

Chris: Now.. that doesn’t mean that they can’t live good lives. You can be stupid, be told what to do, and still be good. Also… another problem with them is that they attack the logic of religion but religion has “accidents” which accompany it.

i.e. They don’t come from the logic, or the canon, they come as attachments which have nothing to do with it but can be actually useful to people. People aren’t Christians in the doctrinal sense, if they were they would be stoning women to death for being in the presence of men while menstruating. But itâ€™s irrelevant because the “functional”/provisional religion they live can, in theory, be beneficial in and of itself.

Chris: Well I would say, create a new religion. I donâ€™t think religion can be destroyed; it is an integral part of basic human biology.

Also: “Religion” is a bit of a tautology, because it doesn’t say anything; Confucianism can serve the same role as a religion. You just need some way of ordering society in a coherent manner and establishing a spirit of the people. In fact I would say Confucianism is arguably the best replacement for religion, in whatever variant or name you want to call it. The making sacred of relationships is critical – and that won’t happen with atheists; most contemporary atheists are shit bags.

Thomas: That’s why it would be great if aliens attacked us. It would simultaneously disprove the existence of god, force us to band together, and we, as earthlings, could align our values against those of the aliens and create a useful system of morality.

Chris: Well take Star Trek for instance. Itâ€™s essentially a communist and atheistic culture. However: the prime directive and the duties of federation citizenship have replaced religion. Point is, something must replace it â€“ you canâ€™t ad-hoc a civilization on an individual basis.

Thomas: Yeah most atheists are too amoral/nihilistic/existential.

Chris: Yeah I canâ€™t stand them. I prefer stupid Christians honestly; at least they consider if they should be doing something at any given time.

Thomas: Atheism of peace. [inside joke]

Chris: In my eyes atheism for most people is a lazy excuse to be a self-centered twat. They realize that the metaphysics of religion is nonsense so they throw out all to do with it. Yet take something like contemporary worship of ancestral gods. I see value in worshipping old gods, not as metaphysical entities but as exemplars of mythical virtue and to gain wisdom associated with the story of that myth.

Chris: Dumb people can think those gods exist – whether or not they do is irrelevant in my eyes. Itâ€™s not important.

Consider ancestor worship in Confucianism: the relevance is not that those ancestor spirits exist, it’s that you are meditating on death, your duties and the passage of time, while taking account of your lineage and your dedication to continue that traditional virtues of one’s forefathers.

your view “In my eyes atheism for most people is a lazy excuse to be a self-centered twat. They realize that the metaphysics of religion is nonsense so they throw out all to do with it.” offends me deeply as an atheist. 😉
I seriously doubt that this view will be backed up by numbers. I can appreciate you wanting to disqualify a group of people whose views do not sync with yours, but the claims are bogus.

I’m sure a lot of atheists are self centered twats, as are a lot of believers…
Also, if you think that we cannot live “right” without believing in some deity, I have to adjust my regard of you.
A lot of “rules” in the bible are very good to live by, for instance (i don’t know the exact wording) “do not do to others what you would not have them do to you”. Atheists do not discard everything conencted to relegion. I for one am very sceptical about there being some heavenly deity, and also that this deity is the right one and that deity isnt.

I don’t like the oppressive parts of religion and recognize the dangers in believing strongly that you will get rewarded if you just blow up enough non believers etc.

“Thomas: Yeah most atheists are too amoral/nihilistic/existential.”

Another jewel. Something like the widespread abuse of young boys by catholic preists, is of the highest moral value.

This whole article would fit better offline as a beer conversation.

My view is that the claims you two make about atheists, can be applied to all humans, regardless of relegion. Most humans are indeed self centered by nature. It is only covered by a layer of civilization and the degree of that varies.

hmm, needs a “?” and an “enter” here and there, difficult to see how it comes out in the small comment box, sorry.

Sparkie: You simply my creed to the point of a straw man. Try reading more carefully. I do not profess to a deity.

lol, i hope the new avatar pic is unrelated to this discussion, 😉

Your views regarding atheism are sweeping generalizations and mostly untrue. Some of the points were raise by commenter “Sparkie” above, but there is more practical evidence to consider.

In regards to these statements:
“Point is, something must replace it â€“ you canâ€™t ad-hoc a civilization on an individual basis.”

There are moral values based on the cultural norms and they guide people in how they behave in everyday life. Religion is not a co-requisite for those norms.

“Yeah most atheists are too amoral/nihilistic/existential.
[…]Yeah I canâ€™t stand them. I prefer stupid Christians honestly; at least they consider if they should be doing something at any given time.”

Those are just empty conjectures and in fact they are easily falsified. It’s enough to take a look at the Scandinavian countries (Norway, Sweden, Finland, Denmark), which are among the wealthiest and most developed in the world. They are also the safest in terms of low crime rates, and at the same time highly secular.

Atheism is a simple viewpoint that says: “I don’t think there’s any supernatural deity watching and/or controlling us.” It says nothing about a person’s moral values, but coincidentally (or not), crime among atheists tends to be lower than among theists.

“Well take Star Trek for instance. Itâ€™s essentially a communist and atheistic culture. However: the prime directive and the duties of federation citizenship have replaced religion.”

And that’s pretty much the way to go about it. The danger always lies in following blind, demented ideologies. These are often religious in nature, but not always (ie. Soviet style socialism). The important thing is to found a society on a solid set of rational values without mystical or discriminatory baggage.

Those ancestor spirits totally exist tho.