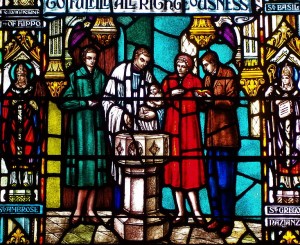 Awhile ago I made a post about the virtues of religious friends and my experience with mainstream atheists. Today I have an urge to talk about the role that religion plays, and must play, in the social order. What is true is that truth and self-awareness are not factors here. Clearly the Christians do not live in way authentic to canon; they apologize and make invention upon aspects of their law book which are in agreement with right reason and ignore other commandments which are clearly horrific artifacts from a racist, warmongering and paranoid Bronze Age tribe. No Christian would in his right mind sell his daughter into sexual slavery to settle a debt, or condone the smashing of babies against rocks, the summary execution of a man who stayed in the company of an ovulating woman, or the genocide of a sovereign people, to name a few crimes of thousands condoned in the textual sources. So let us make no pretensions about the fact that the religious, and by religious I refer primarily to those who practice Abrahamic religion, are aware of any moral truths by their own religious practice. If a religious man is truly virtuous it is by accident or by reason, not an actualization of his canonical creed.

That being said religion is not merely an interpretation of the textual sources; it is not a self-contained philosophy. Religion is accompanied by a world of tradition, custom and ritual which instructs a stable social bedrock. The church in bygone times served as the nucleus of wholesome, structured, ordered social activity of a non-religious but nevertheless essential sort. Holidays instruct days in which we are led to pause and consider certain virtues, history and past events. The world of ritual and tradition rightfully sacralizes the relationship between man and the cosmos, and creates a sort of narrative that the society at large can share in. These accompaniments of religion are essential to a healthy, flourishing society, a society without such a bedrock is aimless, depraved and lost.

The reader might take exception to this and point to a productive, and some would say flourishing, Communist and atheistic society in China. Yet upon closer inspection we observe a deep tradition of Confucian and to a lesser degree Buddhist and Taoist cultural memory which has provided a bedrock by which to operate a society. The United States has no such bedrock, and with the few exception of it’s academics, does not produce what I would consider to be virtuous or well-integrated atheists. A life in which nothing is sacred and everything is allowed is dangerous and the refuge of the sociopath parasite. I cover this topic in brief in the aforementioned blog post.

It was much to my delight that I recently learned of Alain de Botton’s new work Religion for Atheists which essentially is a summary of my thought on this topic. Whatever we would like to call it, religion, culture, tradition, what have you, the human race needs religious experience to structure our lives. The holidays, coming of age ceremonies, rituals, traditions and other accidental accompaniments of religion form a healthy bedrock for social life for which the human being cannot exist without. And Botton makes this point elegantly in his book from what I have gleamed in interviews and a TED talk; I won’t bother reading it as his central thesis is also mine.

The furor of popular atheism following the ascension of Richard Dawkins would have us believe that religion is an enemy of reason that must be destroyed and replaced by scientific empiricism. But as Rousseau demonstrated in Discourse on the Arts and Sciences a life based solely on science and the arts is a dead end and does not produce healthy, virtuous human beings. Religious thinking may not at times be rational, but to destroy religion outright, even gradually, is not a wise course of action unless something replaces it which serves the same social functions.Â And this seems unlikely considering the current spirit of contemporary (American) atheism – in which all authorities, traditions and customs appear in a state of contemptuous and intentional flux, a sort of orderless morass of sexual promiscuity, intoxication,Â  escapism and suicide inducing nihilism. It also need not be understated that atheistic forces in attack of religion polarizes a society, induces endemic cynicism and divides groups of people against one another: not a recipe for a thriving, harmonious civilization.

Science is not the answer, as it is a method of knowing, not of living. More often than not science is a distraction rather than a nourishment for skillful conduct (again I refer to Rousseau). Science is a seer stone to truths about material nature, but cannot by definition foster objectively arbitrary national conceptions of the hero, of goodness and social order. In other words, there is no “scientific” or “objective” way to hold Christmas – it is by nature a fictive invention born from millenia old religion and culture. Furthermore science is not a thing which the layman can coherently contemplate, no matter the degree of scientific education; its vanity, triviality and sophistication is not at the service of the simple minded. Scientists are a crucial component of a healthy society, but such vocational yearnings are inherent to only a small subset of humanity blessed by choice genetics. Indeed I would even suggest that science as a replacement for religion is a false question – inherently unintelligible and incoherent; it is as if one was questing to replace a fit square with that of a triangle.

The reader may take exception to this whole chain of reasoning: the likes of Dawkins have never proposed a robust model of a religion free society, and when questioned often grudgingly sketch anecdotes. I recall Dawkins answering the question of what should be done at a funeral. Dawkins suggested some fitting poetry and kind words could be offered, but this sort of off the cuff, malnourished and inconsistent ritual only further enforces my view on these matters: such a society would be ruled by aimless anarchy and dissolution. This Kali Yuga might be unavoidable, as Julius Evola suggests.

I am an atheist, but I live religiously. Life is more to me than a series of explainable phenomena and hedonistic excursions. I think on certain gods which appeal to me and look to them as allegorical personifications of certain virtues I would like to personify myself. My walk is bound by tradition and reverence for what has come before. The mysteries and rituals of our Indo-European ancestry provide a rich tapestry by which to formally embrace the virtues of humanity and our sacred relationship to nature. When I consider the atheists around me, they live only for the next hedonistic release of instant gratification, whether it be comforts, food, sex or intoxication. I am at odds with them by my natural dispositions and reason and hope to live in a world in which superstition can be re-imagined to serve rather than diminish humanity. Yet I’d rather have a superstitious society in which citizens care for one another than a scientific one in which everything is reduced to equations and reactions and in which little has meaning, order or majesty. The latter might be possible for principled astrophysicists but the mainstream atheist, who rejects everything to do with religion out of convenience, popularity and common sense, an antisocial void is more often left behind.