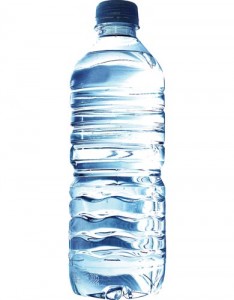 Bill Maher does a bit called “Dispatches from the Bubble” in which he criticizes the republicans for fostering an insulated, delusional mental culture based around willful ignorance and groupthink. I recently went on a vacation and ran into my own bubble of sorts, amongst those who are oblivious to basic concepts of health and nutrition and are unaware of the simple fact that they are killing themselves.

I thought I would write on my experiences in the form of perceived major missteps in nutrition and the development of well being. I come from a somewhat privileged perspective: I became unhealthy and obese due to a metabolic sensitivity to carbohydrate and not gluttony, ignorance to science or basic tenets of health. When I discovered I was sensitive to carbohydrate I changed my diet (For good) and have been rapidly losing weight since. The mistakes I have encountered in my travels and lodging with family are not of this sort, that is to say: they are not medical in a clinical sense. Rather these mistakes represent a lack of wisdom, reason and knowledge regarding the most basic principles of health.

Major Mistakes in Nutrition and Health

It is OK to eat whenever you want

No, it isn’t. While some advocates of practical low carb high fat diets such as Dr. Andreas Eenfeldt and Dr. Robert Lustig suggest that it’s OK to eat appropriate foods until satiety, the problem with high carb diets is that satiety is difficult to obtain. In other words while an individual eating the right foods might be able to accomplish a lifestyle without regiment, this requires discipline and food selection often not common/popular in (American) society. Furthermore and most importantly: the idea that there are no planned times to eat and stop eating is fundamentally unhealthy. I observed individuals eating at any hour, with no consideration for a deliberate plan of food intake or awareness of what was going in the gullet. Good health involves clearly delineated and consistent periods of fasting, feeding and indulgence. Without deliberate eating, it’s impossible to determine where your body is heading and what effects foods are having. Foods should enter your mouth to serve a nutritional function.

Fat and salt are bad

No, they aren’t. And what’s worse isn’t actually the fallacy that fat and salt are bad, but the essence of this mistake being a complete obliviousness to the scientific value and composition of food. I actually had this conversation with a relative:

Relative has been asking me if I eat a series of foods, most of which I said no to because they were loaded with sugar…

Relative: “What about Nutella?”

Relative: “What the oils or something?”

Me: “No, it’s loaded with sugar and has no nutritional value.”

Relative: “But it’s made from hazelnuts, they’re good for you.”

Relative: “But that’s natural sugar, it comes from nuts.”

I hope the idiocy of this chain of reasoning is evident, but we will examine it nonetheless. Here are the major mistakes in thinking like this:

Returning to the point of salt and fat being devil incarnate, I mean not to offer a treatise on the virtues of a low carb, high fat diet, or discuss the science involved. But something needs to give when someone who is extremely morbidly obese can eat chocolate cupcakes in one (belabored) breath and then fly into a fit of rage when observing her significant other seasoning a meal with a dash of salt in the next. I actually observed this, and it made me want to smash my head against the wall.

Sorry, yes, you do.While lodged with family on vacation I never observed a single individual consuming water. This is completely baffling to me as water is an essential element of nutrition and without it dehydration or death results. And all the individuals I was lodged with were chronically dehydrated, something they were oblivious to. Only in the Western World can this happen: individuals have the means to imbibe perfectly clean potable water without limit and instead willingly choose sugar drinks and Gatorade. As we walked around theme parks none seemed to understand why they could not keep up with me, and were constantly fatigued, tired and on the verge of collapse. After only a few hours of light walking my party was unable to proceed while I remained fresh as when entering. And while I have lost quite a bit of weight, my current weight is approximately the same as another relative I observed exhibiting this frailty. This is a good illustration of the importance of metabolic health versus merely weighing more or less.

The simple fact is that if you aren’t drinking between 80-150 ounces of water a day, you are dehydrated and are being afflicted by a wide range of serious health problems. You have to drink water, and if you don’t you will be sick. The problem with our contemporary Western societies is that since we have been of such a poor diet for decades now, we no longer associate our dietary habits with illness or weakness; the food appears to have been like this for as long as we can remember and is not an immediately obvious confounding variable.

I can eat whatever I want

Of course, it would never be framed or testified in this manner, but this is how they eat in practice. Eating an entire bag of chips in one sitting or pieces of cake every night is not OK. Sound nutrition is centered around the 90/10 rule. That is to say: 90% of your food should be wholesome, clean, natural, basic and healthy, while up to 10% can be crap. Discerning the difference between the former and latter should be obvious but due to decades of endemic and exploitative advertising by sellers of processed sugary crap, it is now a feat of disinformation. As a rule of thumb, if man did not eat it thousands of years ago, you should not eat it now – exceptions are permitted while indulging in the 10% of crap. But keep in mind, 10% of your diet being crap does not imply that you can have a piece (or as I observed, multiple pieces) of cake a day. In terms of metabolic quality and calories, you could perhaps have 1 piece a week.

No,no, no, no, no! You are obese because of nutritional choices, not because of your exercise level. Buying a $80 gym membership only to go to the gym once, awkwardly flop around on some machines, and then never go again, is not going to save you. What you do in the overwhelming majority of your time, not those 30 minutes on the treadmill, is what matters. In other words, nutrition is what can help you lose weight – exercise is just a way of improving your overall physical and mental rigor. Exercise can be an aid to weight loss, but you will just erase all the progress you have made if you don’t eat properly during the time you are not waddling on the treadmill (the vast majority of your time).

No. Oversleeping is just as bad, if not worse, than sleeping too little and is associated with a number of serious health problems. I observed individuals going to bed quite early, up to five hours before I did, and waking up at approximately the same time, only for them to exhibit fatigue upon waking. Part of this fatigue can be attributed to oversleeping and the other element is lack of sound nutrition. Constantly spiking and normalizing blood sugar levels contribute to perpetual fatigue and feelings of crashing energy levels. The solution? Don’t eat crap our bodies did not evolve to metabolize to any excess – those which are or break down into sugars. Being in your 20s (or even 40s) and being tired all the time is not a natural state; this is induced by poor nutrition.

Yeah, stop eating refined carbohydrate. Your stomach in it’s natural state should not be a gurgling cauldron.

The last thing I will bring up is the fact that like water, seemingly no one whom I lodged was was aware for the need of fiber, and if they consumed any, it was by accident. Lack of fibrous materials in the stomach leads to a number of gastronomical issues (see above) and increased risk factors for cancer, cardiovascular disease and other fun stuff. Chronic constipation and delayed bowel movements are other complication of a diet lacking in fiber, something I observed and could only shake my head. Eat avocados and golden flax yo.

There’s a whole other spectrum which is mental well being which I have some observations and thoughts on, but that is a topic for another post. Until next time.

2 replies on “Dispatches from the Bubble: Major Mistakes in Nutrition and Health”

Very good article. I am not considered fat myself, I work out a lot with weights but don’t like to run or do cardio. But in 2010 I started eating too “good” food and ended up weighing 110 kg. My food then consisted mostly of chicken, meat, rise, potatoes and pasta. In the weekend it was pizza and cola.
I felt too heavy and didn’t like it. So I dropped the rise, potatoes and pasta since my body really don’t need it. Before the gym I would eat some bread with jam instead so I got the carbohydrates I needed.
After 3 months with this I came down to 90 kg and that is the weight I like to be.
I got also stronger druing this period in the gym too. I forgot to mention that I down to cola and pizza only one time pr. week, usually on saturdays.
I believe that our body and muscles get weakened by this trash food and drinks like you say.
It’s a mult-billion dollar industry that is as deadly as the tobacco industry. Most people I know who smoke are in better shape than obese persons who do not smoke.